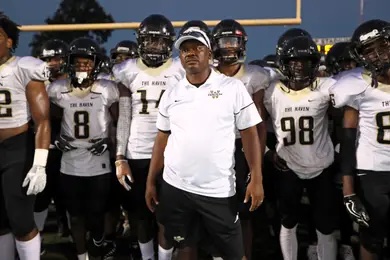 S2 #10. Rodney Saulsberry is in his 25th season at White Haven High School (TN) and 19th as a head football coach. He has an overall record of 180-48 with two TN 6A state titles. Over 200 of Coach Saulsberry's former players have gone on to play college football and 15 of them have become coaches. Saulsberry, who also serves as a math teacher, has earned many awards over his time as head coach, such as 2x Tennessee Titans Coach of the Year, 3x Regional Coach of the Year, and the 2022 AFCA Power of Influence Award.

Season 2, Episode 9: Finding the Right Fit as a Leader w/M…

If you spent any time inside of a high school, then you know, the Athletic Director is one of the most important roles, working mainly behind the scenes,…

As 2022 comes to a close, I am so grateful to have been connected with such inspirational guests sharing their insights on transformational leadersh…